A Manufacturing Holy Grail: Will it work?

With the economy still not recovered governments are continuously putting out reports about what they will do to fix it. The strength of these commitments are questionable because once the economy recovers the governments will inevitably no longer feel the pressure and may lapse in their gusto for improvement. Across the world these reports are starting to see calls for more 3D printing and the results take different forms:

1. EU: In a recent paper leaked to Reuters, the European Commission called for region wide investment in new technology, like 3D printing. The paper goes as far to set a goal of "raising manufacturing from 16 to 20 percent of EU GDP by 2020" using such methods.

2. US: The Obama Administration announced in recent months the formation of the National Additive Manufacturing Innovation Institute (NAMII) in Youngstown, Ohio. This public-private endeavor consists of "70 small and large companies, universities, community colleges, and nonprofit organizations" that will work together to develop advantages in (additive) manufacturing that the US has lost over the years in the nation's historic Rust Belt. 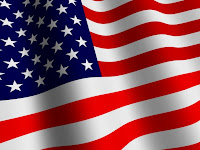 "Last week the Department of Defense (DOD) chose the National Center for Defense Manufacturing and Machining (NCDMM) in Latrobe, Pennsylvania, from among 13 applicants to manage the institute, which will tap talent from the tri-state area of northeast Ohio, western Pennsylvania, and West Virginia. DOD is putting up $30 million over 3 years, and four other federal agencies have promised to contribute another $15 million. Companies in the consortium have agreed to provide $40 million in matching funding." (Check out here for more cool details)

(A quick note: NAMII is scheduled to host its first official meeting today)

The question then becomes will the EU and US be able to maintain this lead in support of 3D printing and will it even matter when other governments themselves turn to 3D printing? Although we like to think so, the US does not have the monopoly on innovation or technological prowess. 3D printing offers an opportunity for advancement, but once the technology is developed there is nothing stopping it also becoming a workhorse in cheaper labor markets. This transition may take decades because, for the time being, transportation costs and convenience are enough to prohibit remote 3D printing from being too desirable. But as everyone gets excited about 3D printings [for good reason] there should be no misconception that this will be the end of global trade in manufactured goods. While it may help in the short and medium term, in the long term we will most likely be back in the same place economically. Like space travel and nuclear fusion, 3D printing is a technology worth pursuing, but it will not change the fundamental competitive nature of our world. The hope then becomes the perpetual need to find the next "big" technology, but for the next couple decades 3D printing will be shaking up the world.

3a. China: The Asian Manufacturing Association (AMA), Chinese government and other 3D printing organizations held a 3D printing technology seminar October 15th to discuss the state of the industry in China and prospects in the future. Representatives from China's Ministries of Raw Materials and Industry were among those represented. The main result was: (from Xinhu News via Google translate, I didn't change anything in order not to misconstrue the message.)

What is clear is that China is realizing where they are behind in 3D printing and is also working on encouraging their industry.]
Posted by Ayal Chen-Zion at 9:54 AM