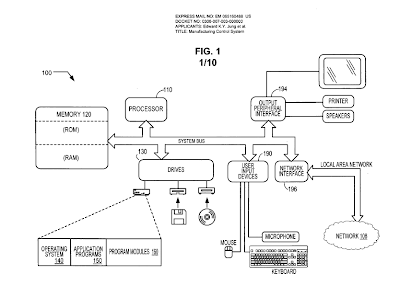 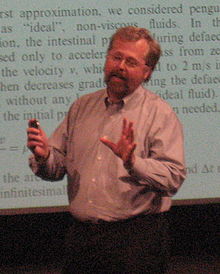 In the 3D economy of the future the issue of patent rights will definitely be a highlight over and over again. Enter Nathan Myhrvold (Right), the former CTO of Microsoft, whose company, Intellectual Ventures, was recently awarded a new patent on “Manufacturing control systems”(see image above), commonly being interpreted as Digital Rights Management (DRM) for 3D printing. Think of it as CD protection from burning or protection on music you buy on iTunes pre-2009, but for 3D blueprints. But besides the basic 3D printing with plastics this patent may also apply to printing food and organs (technologies I have highlighted in the past, here and here)

Some have called Myhrvold and Intellectual Ventures patent trolls (here, here and here) because they hold thousands of patents and spend a lot of money prosecuting those that are infringing on their intellectual property (IP) rights.

Many have gotten angry about the restrictions that this will have on the growing 3D economy. The truth is that a DRM system will incentivize development in the technology, so that those who want to develop 3D printed blueprints for sale to the general masses can still do this without the risk of of loosing profit and  get returns on their investment of time and money. And for those that are hard-core printers Ryan Whitwam at ExtremeTech put it best:


"Every DRM scheme implemented so far has been cracked in some way. It’s really a cruel joke on the average user — while DRM stymies their digital life, those that actually might be engaging in shady behavior will be able to print all the patented objects they want. DRM won’t actually solve any problems — it never does — but it might be an inevitable part of 3D printing’s future."